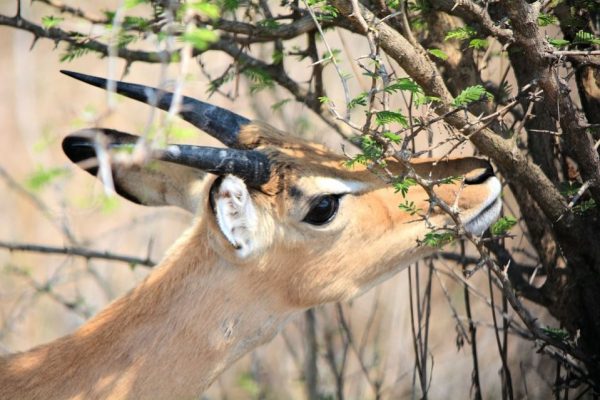 The common reedbuck, referred to by some as the southern reedbuck. It forms part of the redunca genus, which includes three species, namely: R. arundinum (common reedbuck), R. fulvorufula (mountain reedbuck) and the R. renduca (bohor reedbuck).

The common reedbuck distribution stretches from the eastern and northern part of south Africa, through Mozambique, Zimbabwe, northern Botswana, the northern tip of Namibia, Angola, Zambia, Tanzania and Malawi.

It’s the largest of the redunca species with the younger rams and females sometimes being mistaken for mountain reedbuck. The most prominent features that distinguishes the common reedbuck from the rest is the dark stripe down the front of each of the forelegs.